The most difficult child support cases to pursue are those in which the parent who does not have custody of the child(ren) lives in one state and the child(ren) and the custodial parent live in another.

Federal law requires all states to provide Child Support Services to all families that have applied for such services, including location, paternity establishment, and/or establishment of support obligations, regardless of where the obligor parent resides. Federal law also requires states to meet specific timeframes in the provision of these services, even when one parent is in a different state from where the child(ren) are living.

Although state enforcement agencies must cooperate with each other in handling requests for assistance, the reality is that it is not a simple matter for one state to automatically enforce the court orders of another state.

Every state has a unique court system with varying laws, practices and traditions. Matters of family law have traditionally been considered to belong to states and local governments, and, in general, citizens fall under the personal jurisdiction of the courts where they live.

The primary legal tool for interstate Office of Child Support Services is the Uniform Interstate Family Support Act (UIFSA), which is a federal law. All states have adopted UIFSA laws substantially similar to the Federal model, and rely heavily on them for pursuing establishment and enforcement in other states. UIFSA provides extended powers to states to reach beyond their own state lines for the establishment and enforcement of support orders. It also allows a state to enforce a support order that was made in another state. When legal action is needed to establish or enforce an order in another state, there are new laws and procedures that simplify and speed up the process.

Interstate wage withholding can be used to enforce a support order in another state if the non-custodial parent's employer is known. When this is the case, weeks of waiting for court dates in the other state can be eliminated. With interstate wage withholding, the Office of Child Support Services in the state where the custodial parent lives will send a wage withholding order directly to the non-custodial parent's employer. The order does not have to go through the obligor's state court as it would if the enforcement action was requested to that state under the UIFSA law or under an interstate Office of Child Support Services petition. Because state laws vary, you will need to ask your child support agent whether this technique will work in your case.

All states have an office called "Central Registry", to receive incoming interstate child support cases and petitions. They are responsible to review them in order to make sure that the information provided is complete, to distribute them to the right local office, and to reply to status inquiries from child support offices in other states. Standard forms are available to make it easier for child support agents to find the information they need to enforce a case, and for them to be sure they are supplying enough information for another state to enforce their case. 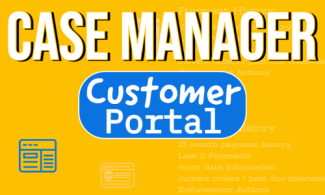